Best Places to Retire Abroad: What to Consider & Where to Go 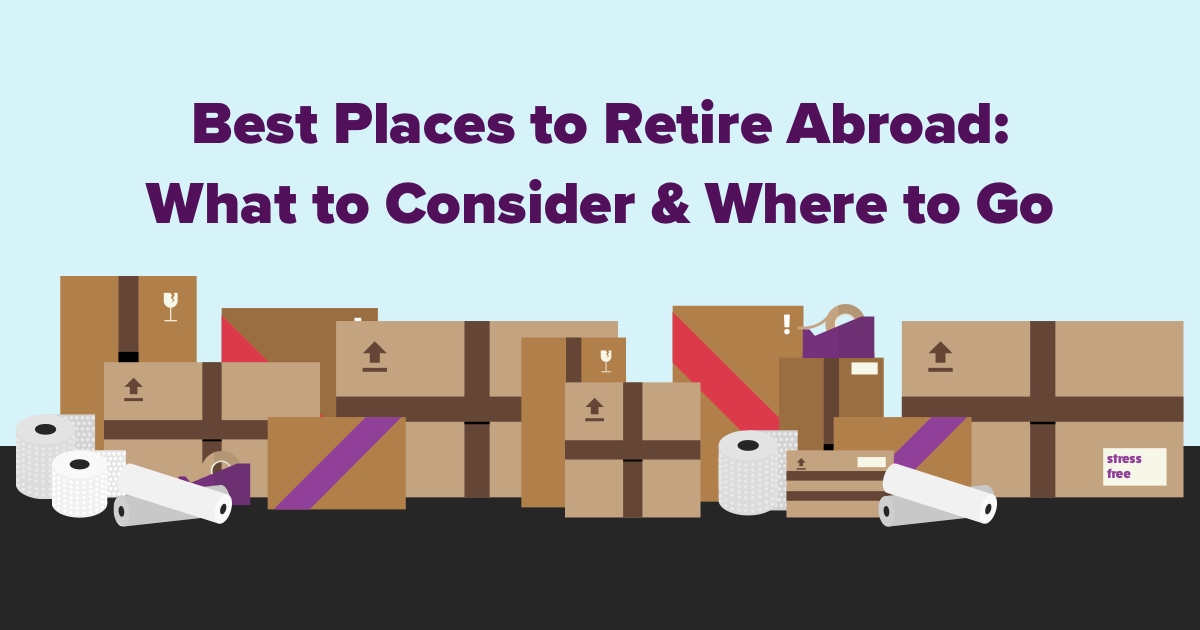 When you're working, you don't have much choice in where you live. It's natural then to daydream about the best places to retire when you aren't confined to an office or cubicle. So why not explore your options and look into living abroad? Ever dreamed of waking up on a beach in Hawaii? Look into it, it could be possible!

Two in five of those with an income of more £60,000 plan to spend most of their time out of the UK, with 8% planning to permanently leave. For those with an income of less than £25,000 they are even more likely to permanently move abroad. Warmer weather and a better lifestyle seem to be the main reasons that determine where people live after retirement.

Comparemymove.com specialize in international removals, and this recent trend of retirees moving abroad has prompted us to create a list of factors you need to consider if you have decided to make the move.

You need to do your research first, as sometimes the idea of a place is better than the reality.

Before making any concrete decisions regarding where you spend your retirement, there are a few things to consider:

Do you plan on taking up gardening, or a sport? If so, you should find out if they are accessible wherever you choose to live.

Alternatively, if you have spent years working in a chaotic and loud environment, you might prefer to be surrounded by peace and quiet, and live somewhere more secluded.

What Can You Afford?

Deciding where to live in your retirement depends on what you can afford. Research the cost of living and tax rates in the area and compare it to how much money you have saved.

Think about Where your Family Live

The idea of total seclusion and quiet might sound appealing to you, but if you like to spend time with your children or grandchildren, consider living somewhere that is easily accessible so they can come and visit you.

It's a depressing thought, but your health might not always be at its best, so looking at what the healthcare is like and the proximity of good hospitals in your chosen area is an important part of your research.

So, where are the best places to retire? Once you have considered all of these factors, these are the top rated locations.

Staying on a Greek island is most people's idea of a dream holiday – but imagine living on one! The Mediterranean climate is enough to convince most people, but the city is also known for its affordable, laid back lifestyle and virtually non-existent crime rate. Various farmer's markets have fresh fish, and locally produced fruit, vegetables, olive oil and wine.

However, before permanently moving there, consider renting for a year, so you get a feel for the place and become familiar with the culture.

Panama has consistently been considered the best location for retirees for years now, and other than its mild climate, its program of benefits for retirees makes it easy to see why.

Retirees get discounts on hotels, plane tickets, utility bills and medical bills. Although many areas of Panama are still developing, the country still has the best roads and highest internet speeds in Central America.

Known as the ‘'other South of France'', Languedoc-Rousillion boasts beautiful seaside villages on the Mediterranean Sea and a cost of living at half the price of Paris.

You will need a car, but there is also a high speed train that can get you to Paris within 3 hours.

Belize isn't the cheapest country in the Caribbean, but it has become a hotspot for expats because of its stunning landscapes and perfect climate.

Another reason Belize is one of the best places to retire abroad is its program for Qualified Retired Persons (QRPs). This program allows retirees with QRP status to import goods without a fee or penalty being imposed and exempts them from all taxes on income and receipts.

The coastal city of Salinas used to be a tiny fishing village. Now, it's a tourist hotspot famous for its water sports and deep sea fishing. So, if you are interested in taking up sports and hobbies in your retirement, this might be the place to choose!

Retirees also get discounts on flights, and 50% off tickets for sporting events, movies, public transport and utility bills. Not only that, but it's considered one of the most retiree-friendly nations.

With excellent universal health care and one of the highest life expectancies in the world, any retiree would feel taken care of here.

Costa Rica is economically stable and although its cost of living is more expensive than most Central and South American countries, it remains much cheaper than North America and most European countries.

For those that want to use their retirement to explore and see more of the world, Puerto Vallarta is full of cultural attractions and historical sites. It has plenty of activities, and good (but cheap) healthcare. You don't have to be retired to want to live here!

This coastal area of Spain has remained relatively unchanged by tourism. With a combination of modern architecture and traditional Spanish villages, Costa de Azahar has something to offer everyone. It also has a transport system that is good enough that people in suburban cities claim they don't need a car.

So, if you are considering retiring abroad, be sure to thoroughly research what exactly you'll need as well as what your chosen area could offer you. If you do decide to move, we have a list of reputable companies to suit your needs.