The 10 Best Primary and Secondary Schools in Harrow 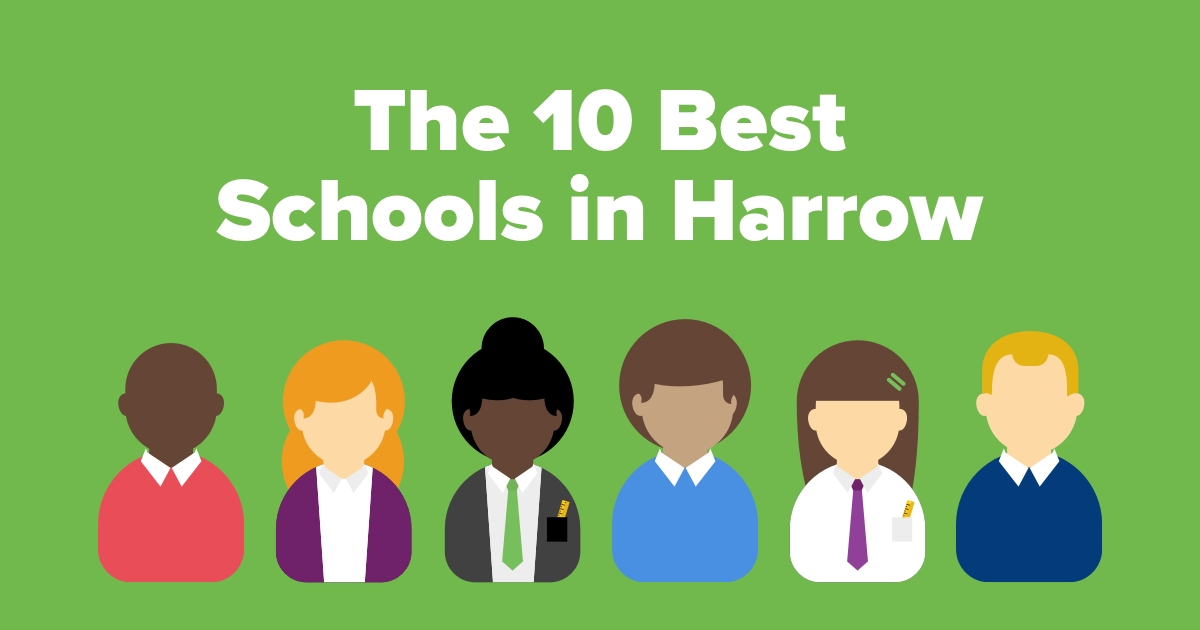 When moving with a family, it can sometimes feel daunting trying to narrow down an area as large as London. There are a variety of factors to consider like trying to find an area within your budget range with schools able to suit your children’s needs. To help you narrow down the perfect area for you and your family, Compare My Move has created this list of the 10 best primary and secondary schools in Harrow.

Before comparing the best London removal quotes on offer, browse our list to view the best schools in Harrow including the property prices in their catchment areas. We have ranked the schools by using data from School Guide, the Independent Schools Inspectorate (ISI) and Ofsted. For further advice, view our guide on securing a place when you’ve inevitably chosen the best Harrow school for you.

The 5 Best Secondary Schools in Harrow

Starting off our list of the best secondary schools in Harrow is Whitmore High School situated on Porlock Avenue. Marked as ‘Outstanding’ by Ofsted reports, the school currently holds 1,678 pupils aged between 11-18. The school aims to promote a broad and balanced curriculum as well as creating an ordered and friendly community for the children.

70% of students achieved 5+ GCSEs graded A*-C which is higher than the national average of 60% making it a respectable result. The staff and students are working as hard as possible to keep these statistics rising.

Another secondary school in Harrow marked as ‘Outstanding’ by Ofsted, Nower Hill High School currently has 1,902 pupils enrolled aged between 11-18. 74% of students achieved 5+ GCSEs graded between A*-C last year, another set of results higher than the national average.

The school’s aim is to ensure each pupil acquires impeccable manners, kindness and the drive to be hard-working during their time in education. 64% of the students in Sixth Form achieved A Levels graded A*-B last year, with 92% securing a place at their first University of choice.

77% of the younger students achieved 5+ GCSEs graded A*-C which is, again, higher than the national average of 60% making it a highly respectable result. The school has recently had another Ofsted report in 2019, marking it as ‘Outstanding’ in all areas. The staff were recognised for their leadership and effective curriculum.

The John Lyon School is an independent boys-only secondary school in Harrow, located on Harrow-on-the-Hill. It currently has 600 students enrolled, all aged between 11-18. Scholarships and bursaries are available to help students attend, but the fee is £6,194 per term between Year 7-Year 11 and £5,966 per term for Sixth Form pupils.

In 2018, one-third of all A-Level exams taken were graded A*-A with a 97% overall pass rate. This is a great achievement for the school and its pupils. A few students from The John Lyon School have recently been accepted to the highly respected universities in Oxford and Cambridge.

If you’re moving to West London with a family, you may want to consider our number one secondary school as a guide for where to live. Harrow School is a highly-rated and respected independent boys-only school in Harrow with 826 students aged between 13-18. There are scholarships and bursaries available, but there is a £325 registration fee with the option of accommodation for students.

In 2018, 84% of students were awarded GCSE results graded at A*-A, with approximately one-third of the year group achieving 9 or more A* grades. The current A*-A rate for A-Level results is 65%. These are incredible results, completely soaring above the national average

Cost of Living Next to the Best Harrow Secondary Schools

Data has been taken from Zoopla, correct as of April 2019.

The 5 Best Primary Schools in Harrow

Beginning our list of the best primary schools in Harrow is Roxeth Primary School situated on Byron Hill Road. There are currently 446 students enrolled aged between 3-11. The school has been awarded a ‘Good’ report by Ofsted with 84% of pupils meeting the expected standard in reading, writing and mathematics.

When comparing the percentage of Year 6 pupils attaining the expected level in Key Stage 2 SATs in English and Maths, Roxeth Primary School is 12th in the borough out of 37 schools. This is a great result with students continually improving.

With 628 students aged between 3-11, Vaughan Primary School is next on our list. Ofsted awarded the school with an ‘Outstanding’ report in its last inspection, with 82% of pupils meeting the expected standard in reading, writing and mathematics. Ofsted described the curriculum as rich, broad and highly engaging with the teachers being highly committed.

Pupils progress in mathematics, in particular, is well above average with 95% of pupils meeting the expected standard and 61% reaching higher. The school has a variety of health and well-being safeguards to ensure the children’s physical and emotional health is taken care of.

Another primary school in Harrow marked as ‘Outstanding’, Marlborough Primary School is located in Marlborough Hill with 712 pupils currently enrolled. The school has been previously praised for the pupils’ behaviour and the effectiveness of the care, guidance and support provided by the staff.

Another ‘Outstanding’ report from Ofsted, St John Fisher Catholic Primary School has 513 pupils enrolled aged between 4-11. 87% of pupils met the expected standard in reading, writing and mathematics last year, a great result for the school.

Pupils have been attaining great results across the board, but 100% attained the expected standard in mathematics last year, brilliant! Grammar came in second with 97% of students attaining their expected results.

Our number one primary school in Harrow is St Anselm's Catholic Primary School, with another ‘Outstanding’ Ofsted report and 420 pupils enrolled aged between 4-11. A massive 92% of pupils met the expected standard in reading, writing and mathematics last year, soaring above the national average of 64%.

The school’s results in all subjects are well above average, with pupils going above and beyond to reach their expected results. 36% of pupils are achieving a higher standard in reading, writing and maths, smashing the national average of only 10%.

Cost of Living Next to the Best Harrow Primary Schools

Data has been taken from Zoopla, correct as of April 2019.

Saving Money on Your Removals With Compare My Move

To help you save up to 70% off of your Harrow removal costs, simply complete our quick and easy form to get connected with up to 6 dependable removal companies near you. Also, if you want to know what costs are involved in an average move, check out our house removal cost guide.