The 10 Best Schools in Reading 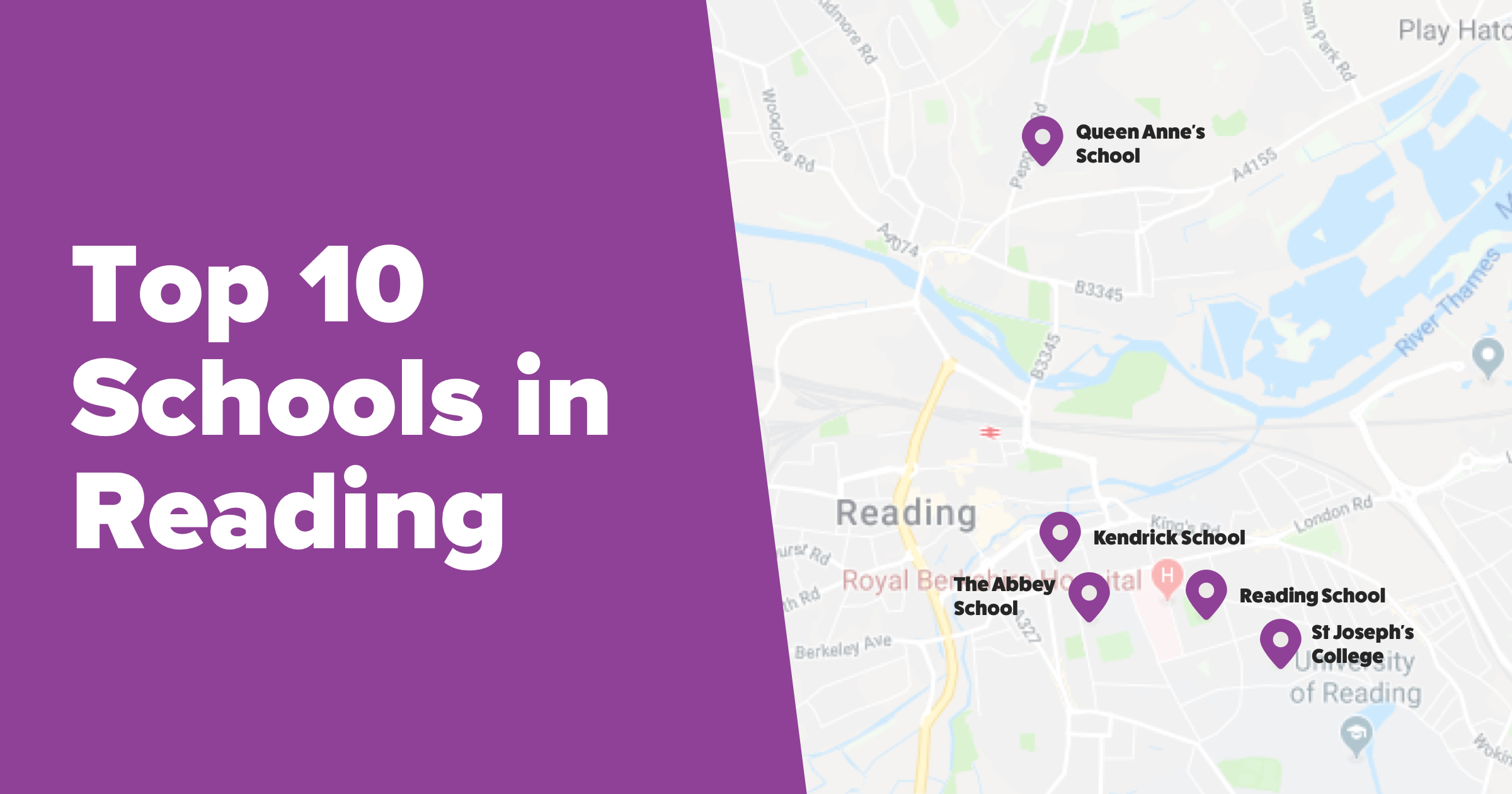 We understand that there are a lot of details to consider when moving house, especially with children. Families often have to find areas containing good-quality schools suitable for their children. That is why we have created this useful guide to help you find out more information on the best schools in Reading and the average costs of buying and renting within the school’s catchment area.

We’ve ranked the top 5 Primary and Secondary Schools using data and results from School Guide and Ofsted reports. We have also provided you with the average property prices for each of the school’s area to help you with your move. If you need further advice, we also have a guide on securing places for when you've chosen the right school for you.

With 540 pupils aged between 3 and 18, St Joseph’s College is a Catholic independent school located south of Reading town centre. The college won the TES Independent School of the Year award 2015 and has been shortlisted for the Wellbeing Initiative of the Year 2019.

As an independent and boarding school, admissions are selective with pupils from a variety of postcodes admitted as well as pupils from abroad. There is an admissions request fee of £50 and a deposit of £500 upon confirmation. However, bursaries and scholarships are available.

Queen Anne’s, a Church of England school, currently has 460 pupils enrolled, all aged between 11-19. It is an independent, girls only boarding school in Caversham that requires a deposit of £1,000 from UK applicants. It has a selective admissions process, but is available to pupils from a variety of postcodes.

Discounts are available for families of the British Armed Forces, alongside available bursaries and scholarships.

The Abbey School Reading is an all girls Christian school, situated south of Reading town centre, open to pupils aged 3-18. There are currently 1,066 pupils enrolled, separated between then Nursery and Junior School and the Senior School and Sixth Form. The name was created in 1914 in honour of Jane Austen, who had been a previous pupil at an adjacent boarding school.

There is a £100 registration fee as well as a £1,000 acceptance fee if your child is admitted. Scholarship and Bursary applications are available.

The second best Secondary School on our list is the all girls Grammar School Kendrick School with pupils coming from nearby areas like Maidenhead, Bracknell and Thatcham. Of its last four Ofsted inspections, Kendrick School was awarded Grade 1 or ‘outstanding’ every time. There are currently 746 pupils aged 11-18.

According to School Guide, 100% of the pupils achieved 5+ GCSEs graded A*-C, an amazing achievement. Well above the national average, 62% of pupils achieved 3 A Levels at AAB or higher. These are all impressive statistics from Kendrick School.

There is an Admissions Test as it is a selective Grammar School, but there are no fees to enroll.

Located on Erleigh Road the all boys school Reading School takes the spot as the best Secondary school in Reading. One of the oldest schools in England, there are currently 986 pupils between 11-18 attending from surrounding areas such as Earley, Caversham and Winnersh. It has not only been rated a Grade 1 as ‘outstanding’ by Ofsted reports, but it has been previously awarded the prestigious title as "State School of the Year" by The Sunday Times newspaper in 2010.

The school also includes a Boarding School with live-in accommodation to paying families. There is a selective admissions process including two 50 minute entrance tests. However, the results speak for themselves. 100% of  pupils achieve 5+ GCSEs with A*-C grades, an amazing improvement on the national average of 60%. They also achieved an A Level average point score of 49.8 with 77% of pupils achieving 3 A Levels at AAB or higher. Compared to the national average of 13%, this is a great accomplishment and contributes to it being one of the best schools in Reading.

Cost of Living Next to the Best Reading Secondary Schools

A school which highlights the importance of community, St John’s Church of England Primary School has 471 pupils aged 5-11 coming mainly from immediate surrounding areas but also from as far as Earley. The latest Ofsted report classed it as Grade 3 (‘Good’), with ‘Personal development, behaviour and welfare’ and ‘Early years provision’ being it’s most successful areas.

52% of pupils met the expected standard in reading, writing and mathematics whilst 3% of pupils achieved the higher standard.

Located at the heart of Caversham, Thameside Primary School had 62% of pupils reach the expected standard in reading, writing and mathematics. Whilst 8% pupils achieved the higher standard, falling just under the 10% national average. It has achieved a Grade 2 Ofsted report, classifying it as ‘Good’ overall.

There are currently 416 pupils aged 5-11 attending from immediate surrounding areas like Caversham Heights.

Situated in Caversham, St Anne’s Catholic Primary School is a voluntary aided school with 216 pupils aged 2-11. The majority of these pupils are from the Caversham area, but some commute from further afield, particularly Emmer Green.

It has received an Ofsted Grade 2, stating it had a rating of ‘Good’ in all areas. 77% of the pupils in St Anne’s have met the expected standard in reading, writing and mathematics, a percentage higher than the national average of 64%. Whilst 8% of pupils achieved higher.

Oxford Road Community School, situated west of Reading town centre in Battle, is the heart of the community and number 2 on our list. It is a Victorian two-storey building containing the same charm as it had when it opened in 1881. There are 284 pupils aged 3-11, most coming from within the vicinity of Battle, but also those who travel from Coley.

At the top of our list is All Saints Junior School, located in the ward of Minister with pupils coming from Battle, Coley and other surrounding areas. It was one of the first Free Schools to open in the country and was founded by parents under the name of ‘All Saints Action Group’.

It is a smaller building with only 97 pupils aged 7-11. However, quantity is definitely not quality! In 2013, All Saints Junior School was voted ‘Best School’ in the Pride of Reading Awards and has been given an ‘Outstanding’ Grade 1 report by Ofsted and we can see why.

With 91% of pupils meeting the expected standard in reading, writing and mathematics, it soared above the national average of 64%. Placing above national average again, 13% achieved the higher standard. The results definitely prove that it deserves to be top of the list of the best schools in Reading.

Cost of Living Next to the Best Reading Primary Schools

Save Money on your Reading Move

Once you’re ready to continue with your move, Compare My Move can help you find up to 6 reliable removals company in Reading, saving you time and money. Just fill in our quick and easy form to begin.