A decade since it first aired, The Great British Bake Off remains one of the most-watched TV programmes in the UK, with the final episode racking up 6.9m viewers. Unlike many reality TV shows, the public can't vote for their favourite bakers, but what would the results be if they could?

Compare My Move has analysed the Instagram data for series 10 to determine the outcome of a public vote, whether being dumped has an effect on a baker's followers and how much the contestants could be earning from an Instagram post.

Bake Off blesses us with a fan favourite each year, someone who may not be the ‘Star Baker’ or have the best ‘Technical Rate’, but they usually resonate with the audience. This year, the most popular contestant among the social media audience is Henry Bird, with a massive 107,153 Instagram followers and counting, that’s a 6,040% increase from his pre-show following.

Henry, although dumped from the show in week 8, has the most followers out of the bakers by a whopping 29,778, gaining an unprecedented 29,200 followers in the week after his departure. Henry’s Instagram popularity also integrates into other contestants' feeds, regularly appearing in their photos and collecting likes.

However, Stephanie Blackwell has seen the highest follower growth, increasing by 9,217% since her pre-show following.

The winner of Bake Off surprisingly doesn’t win a cash prize, only pride of saying they are ‘The Great British Baker’. There’s no denying that Bake Off has helped many previous contestants begin their careers with TV shows and book releases. We’ve analysed how much the bakers can earn per Instagram post, but can this year’s cast make a living from Instagram or should they stick to their day job?

We discovered that social media’s favourite, Henry Bird, can make the most money from his Instagram posts, with one post earning him £461.47. On the other hand, contestant Phil Thorne will make the least, despite posting more frequently out of the other bakers, with an expected earning of just £26.51 per post. Coincidently, Phil entered the competition with one of the highest-earning jobs, whilst Henry was a student without a salary.

From analysing the bakers' Instagram followers throughout the series, we noticed that more often than not, the dumpee that week also gained the most followers, whereas the contestant who won ‘Star Baker’ or had the best ‘Technical Rate’, didn’t come close to gaining the most followers per week.

The bakers saw little growth in followers in week 3, with a total amount of just 23,996, becoming the least popular week amongst the Instagram audience. This coincides with the dumping of another fan favourite, Jamie Finn. Jamie saw the highest growth in followers for 3 consecutive weeks, even after he was dumped from the show.

In the week Michael Chakraverty was dumped from the competition, he gained a massive 18,200 new followers, whilst Rosie Brandreth-Poynter achieved first place in the Technical round, but attracted just 3,216 followers.

Week 8 marked Henry’s exit from the show, as well as the highest ever growth of followers for one contestant, with the baker gaining an unmatched 29,200 followers that week. 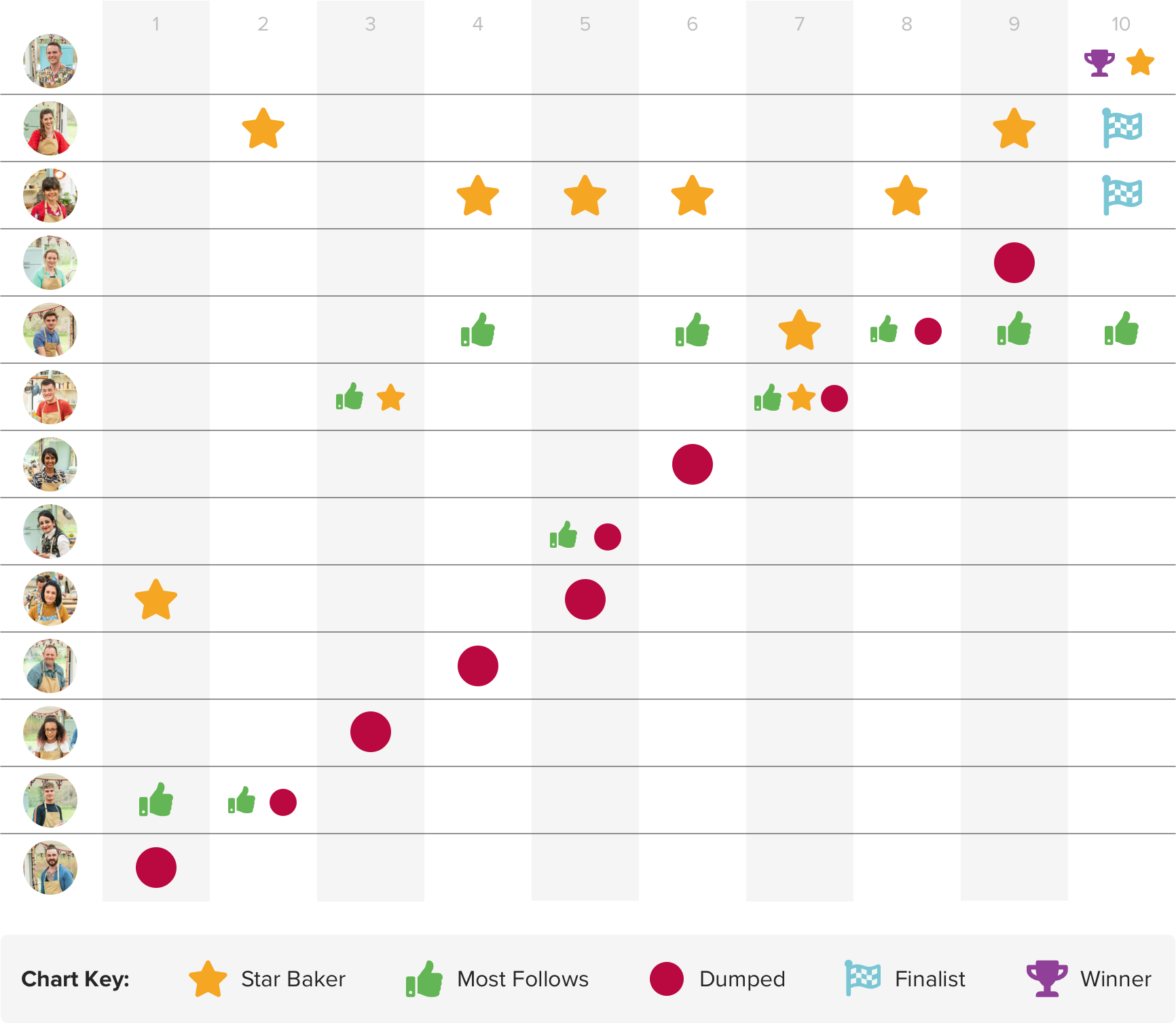 We looked at every bakers' Instagram feed to work out which photos gained the most likes. We discovered that they all featured Henry Bird and were posted on Instagram after he was dumped from the show in week 8. 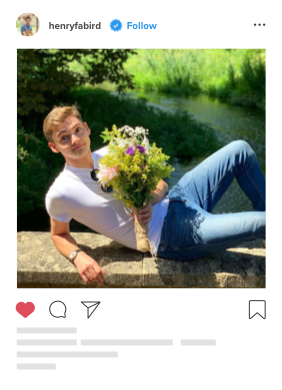 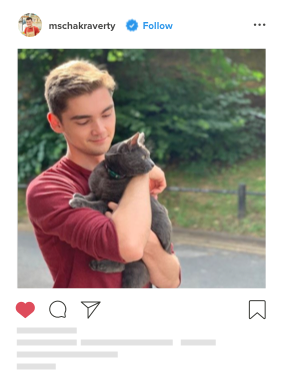 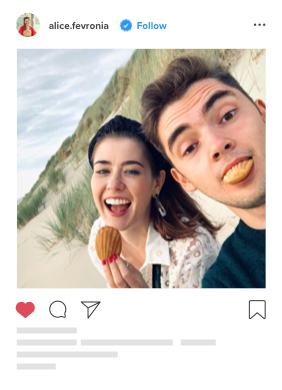 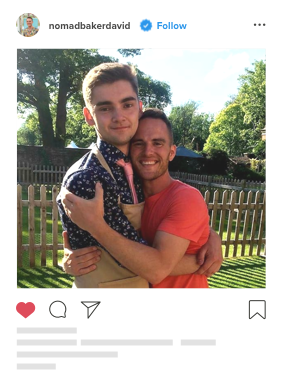 Who Would Be the Public’s Winner?

Unlike other reality TV shows, The Great British Bake Off isn’t influenced by a public vote. But what would the results show if it was in fact based on public opinion? We’ve looked at the contestant with the lowest Instagram following count each week and worked out who would be dumped if the audience had a say.

Henry Bird would have won the competition based on Instagram followers, with Alice Fevronia and Michael Chakraverty as runners up and Helen Garcia coming in fourth place. In reality, the finalists were David Atherton, Alice Fevronia, Stephanie Blackwell and Rosie Brandreth-Poynter.

Interestingly, if Bake Off did go by public favourites, both Rosie Brandreth-Poynter and Stephanie Blackwell would have been dumped in weeks 2 and 3, whilst Jamie Finn would still be in the running until week 8 instead of being dumped in week 2.

Winner David was considered the underdog throughout the competition, not winning the title of 'Star Baker' until the final episode. By our data, David would have been dumped in week 7 if the public could vote on their favourite.

The only result that would have been consistent by both a public vote and the judge’s vote, would be Alice Fevronia coming in second place.

Life After The Bake Off

Nadiya Hussian is undoubtedly Bake Off's most successful winner, with her very own TV show and numerous book deals. The majority of this year's contestants already have more Instagram followers and are earning more per post than many previous winners of the show.

Despite being dumped from the show in week 8, Henry Bird is already surpassing over half of the previous year’s winners with a current following count of 107,153, nearly catching up with 2018’s winner Rahul Mandal.

The full dataset can be found here. Data was collected weekly, the day after the episode aired and taken from the contestants' Instagram account. The average Instagram post earning came from Inkifi and the average salary was taken from Reed.