With two children, the need for office space and the opportunity to find a room his dad could call his own, Iain and his wife, Rachel, decided it was finally time to upgrade to a larger home. Space was the number one concern and, luckily, they had found the perfect house only a mile and a half away from their current location.

In July 2018, Iain’s step-mother sadly passed away, leaving his father alone in the house and often wanting the company of his family. “He lives in Hamilton, which is maybe about twenty miles away from Glasgow. He had a kind of routine that he would come over on a Wednesday, pick up the kids from school and come stay with us,” Iain explained. “But, in our old house, it involved having to move our daughter out of her bedroom so he could have that room.”

“We moved into our original house when it was just the two of us. And then we had our daughter and we still had a spare room,” he continued. “And then when we had our son, we no longer had a spare room.” The couple made do with the space they had for quite some time. But when the loss of his step-mother resulted in another regular house-guest, the size of the home started to seem ill-suited to the family’s needs. “We felt my dad was uncomfortable moving our daughter out of her bedroom so he could stay over.” And so, the hunt for a larger property began.

Luckily, it didn’t take too many viewings until the perfect family home was found. Just around the corner from their current property was a beautiful four-bedroom, detached house with a built-in garage. It had enough space for each family member, as well as the added room for Iain’s father to claim as his own whenever he decided to stay over. Iain and Rachel made an offer and were soon excited after hearing they’d been accepted.

Despite the first section of the buying process going rather smoothly, the couple soon ran into an issue that would add further stress to the move. “What actually happened was that our solicitor was ready to conclude very early on in the purchase of the property,” Iain told us. “However, the person buying our property, their solicitor really, really dragged his heels in a lot of ways. And actually, we only concluded missives a couple of days before [the house move].”

In Scotland, the term ‘missives’ refers to a series of letters that are sent between conveyancers or conveyancing solicitors on behalf of their clients. These letters constitute the contract for the sale and are how the parties negotiate the final conditions. Once everything has been agreed upon, the ‘concluding missive' will then be written, creating a legally binding contract.

“I’m sure you’re aware, in Scotland, generally missives seal the deal,” Iain continued to explain. “And once that’s done, we’re able to, you know, take certain steps...So we didn’t have our, kind of, final and absolute definite moving date confirmed until a couple of days before.” Although it wasn’t Iain’s solicitor who caused a delay in the process, it’s situations like these that show the importance of comparing conveyancing quotes. By using a comparison service like Compare My Move, you can read reviews and check they’re fully regulated, ensuring you make an informed decision.

Thankfully, these delays didn’t impact their moving day. “As I said, it got to a stage where my solicitor, on a daily basis, was hounding theirs to get things concluded,” Iain said. “So that was the only concern...that at the last minute, we’d have to cancel the removal guys if they didn’t come through. But, actually, we concluded a few days before the move and that was that...”

Luckily for Iain, he had already compared removal quotes with Compare My Move and had a company who was ready and waiting. “I didn’t have any connections with actual house removal people, which is where the site came in very, very useful.” Through our service, Iain and his wife found Doree Bonner, a team who were incredibly patient and very understanding. “Well yeah, I mean, they were fantastic. They turned up the day before, so we had the packing service. And it really, really was money well spent!”

Doree Bonner is a highly professional and reliable removals company who have been partnered with Compare My Move since 2014. They have accumulated an impressive five-star rating with our users and were a great help in September 2019 when Iain and his family finally made the move.

“The day of the move, they just came back and got stuck in, they were fantastic. Actually, I couldn’t have asked for more from them, to be fair. Their attitude was superb. There was nothing that they couldn’t do...they treated us like we were VIPs almost.”

With two hours of packing the day before and another six hours for the actual move, Iain and his family soon arrived at their new home and began settling in. “The truck left our new property at three o’clock, maybe half-past three, that day. To be fair, it was only just around the corner,” he told us. “So they got all the stuff in super quick, it all went into the right places...And yeah, not long after that we closed the doors and we went up to the local restaurant and had a bite to eat and a few drinks to celebrate.”

Despite the initial challenges with the buyer’s conveyancer, the family’s move went perfectly and they are now enjoying their new home alongside Iain’s dad. “My dad still only comes over one day a week, but he’s got his own place. Effectively, the office, the office I work in, is also his bedroom,” Iain explained. “So he still only comes one day a week, but it just means there’ll be plenty of room for him.”

With a new four-bedroom home, there has been plenty of space for the family to make their own. “Very, very glad we did [move],” Iain said, “because now both myself and my wife can work from home.” Before the move, Iain used to use the kitchen as his home office. But now, with a bigger property, he’s been able to comfortably work through the lockdown. “Just having the nice, quiet bit at the end of a cul de sac, nice back garden and lots of room. That’s been really priceless when you think about the lockdown conditions...So yeah, the whole experience, the deal went absolutely without a hitch!”

If you want to join the many happy movers Compare My Move have helped over the years, just fill out our simple online form and you’ll be connected with the best in the business. To help avoid delays like the ones Iain faced, compare conveyancing, surveying and removal quotes today. 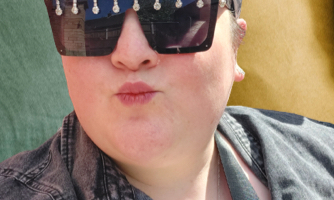